This Year, It’s all about Story and Developing your Acting Skills! Mackenzie Astin has been appearing in television and film for more than 30 years. Remembered on occasion for a childhood role in the long-running sitcom The Facts of Life, he also lays claim to being what he calls, “A relative celebrity, meaning many of my relatives are celebrities.” The youngest son of actors John Astin and the late Patty Duke, and the younger brother of actor Sean Astin, Mackenzie considers himself grateful to have been afforded so many coat-tails on which to ride. Recent television credits include recurring roles on The Magicians, Scandal, Homeland, as well as guest appearances on Mad Men, Shameless, Castle, and Bones. A longtime proponent of and participant in independent film, Mackenzie has appeared in dozens of festival-circuit cinema, including but not limited to Dream for an Insomniac, The Zeros, Moments of Clarity, and Te Ata. Mackenzie is also an old friend of Durango’s own Shane “Shooter” Nelson, but really, really, hopes you won’t hold that agains him.

The first thing you need to know about Jim Belushi is that he’s a performer. Not an actor, not a comedian, not a singer- but a performer. Which is pretty much all those things put together and multiplied by two or five or something.

The second thing you need to know- and this is in some ways more important than the first thing- is that he has absolutely no shame. None. Zip. Zero.

Add those two things together and you have a pretty good working definition of that most indescribable of qualities known as presence. And, as anyone who’s spent two minutes with the guy knows, Jim’s got it. Big time.

So here’s this guy, this presence, disregarding any and all warning signs and diving into life headfirst. From the live stages of Second City and “Saturday Night Live” to the soundstages of “About Last Night,” “K-9,” “Mr. Destiny,” “Return to Me,” and, most recently, starring in ABC TV’s breakout comedy series since 2002, “According to Jim,” he has taken everything life’s thrown at him and hit it out of the park. And, by the way, he’s been having a blast.

Lindsay won a permanent place in the hearts of audiences all around the world and became one of the most popular actresses in international television and film. She has covered the landscape of television for decades.

Judge Reinhold has been seen in over seventy-five motion picture and television roles and enjoys a 25-year relationship with an international audience of all ages. His many films include STRIPES, the multi-generational hit, FAST TIMES AT RIDGEMONT HIGH, RUTHLESS PEOPLE, and Disney’s hit Christmas franchise, THE SANTA CLAUSE 1,2,3. Paramount Pictures’ BEVERLY HILLS COP 1, 2, 3 have played continually internationally over the past 25 years, making Judge a familiar presence worldwide. His cumulative box office ranks him the 50th highest grossing actor of all time (the-movie-times.com), and both FAST TIMES and BEVERLY HILLS COP were voted by the American Film Institute as two of the “Top 100 American Comedies.” He received an Emmy nomination for his performance as “The Close Talker” on Seinfeld and both his guest star appearance in Seinfeld and Arrested Development received two of the highest ratings on b

Join us for a virtual screening of “The Dark Divide” through Oct. 1.
A shy butterfly expert (David Cross) embarks on a trek through one of our greatest unprotected wildlands at the urging of his dying wife (Debra Messing). Watch it for $9.99 at https://t.co/AlXZmTZUmj. https://t.co/YvXtObTo67 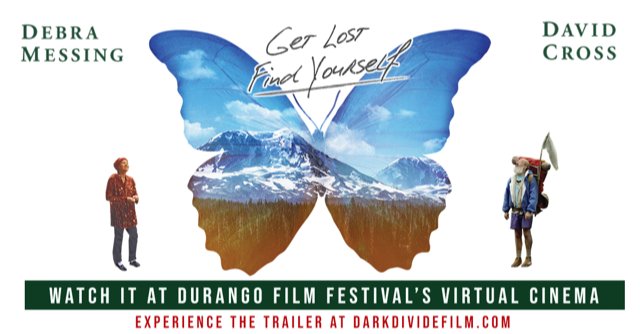 Join us for a virtual screening of “The Dark Divide” tonight through Oct. 1.
A shy butterfly expert (David Cross) embarks on a trek through one of our greatest unprotected wildlands at the urging of his dying wife (Debra Messing). Watch it for $9.99 at https://t.co/mDznh5ZHFq. https://t.co/HhEnPFoE5L 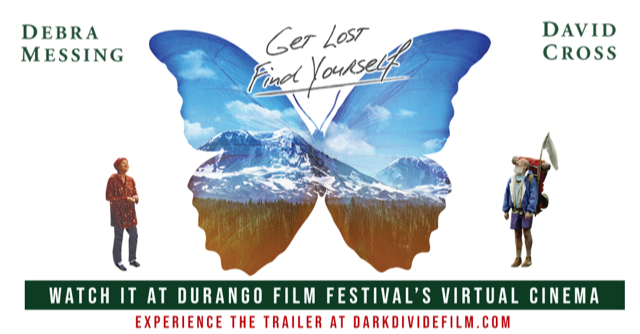 The 23rd Manhattan Short Film festival will be shown at Durango Stadium 9 starting on Sept. 25. Check out the trailer for it here: https://t.co/W4tkoJK3x7